Ho Tactics: 5 Signs That a Russian Beauty Is Using Them on You

There are a lot of amazing Russian women out there but, like women from any country, there are undesirables thrown in. Some Russian women aren’t the type you want in your life. They are after your money, are dishonest, manipulative and use ho tactics to get what they want. This is the risk that comes with meeting several Russian ladies. You meet a lot of incredible women but there are bad seeds in the mix which is why you must be aware and able to identify such tactics. No man wants to waste their time on women who aren’t truly interested in them. Here are five ways to tell if a Russian woman is using ho tactics on you. 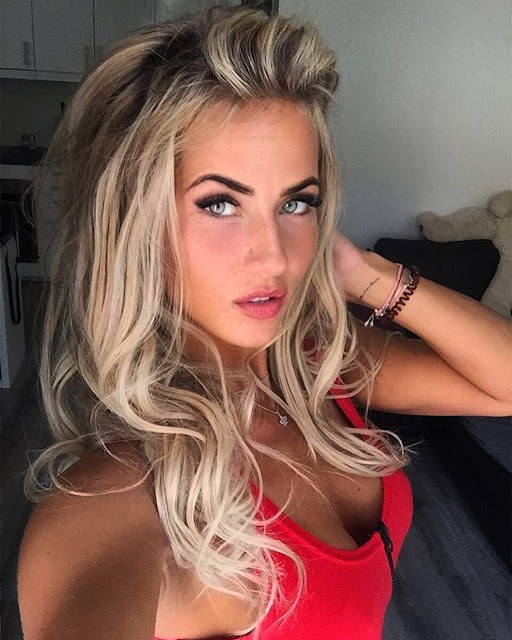 The first tell-tale sign is meeting a Russian woman who is overly flirtatious and amorous from the start. Obviously, you’re a man and part of your um… brain will say, “This is awesome. She’s totally throwing herself at me”. She’s doing this to get money out of you. No respectable Russian woman interested in a genuine relationship will act in such a way. They will flirt a bit to show interest but anything exceeding that is a huge red flag.

Another red flag is never having a truly meaningful conversation with the Russian woman in question. Women using ho tactics on a man never get in too deep. These women will never open up to you and have an honest conversation. Instead, they ask a lot about you, specifically things about your career, home, and cars as well as other on the surface topics. This is done to trick you into thinking she’s interested in learning about you and your life when she just wants to:
1.) Gauge how much you have to offer her and
2.) Convince you that she’s interested despite her targeted questions.

The third way to tell if a Russian woman is using ho tactics on you is bringing up her money problems during conversations with you. The best of the best will do so very casually and then change the subject. This is called planting the seed. Because of the quick subject change, you will inquire and once you do, she knows she got you. Soon enough, the pity party will commence, your need to be her knight in shining armor will overwhelm you and you’ll be wiring her money before you know it.

Another sign is suggesting expensive dates or even trips. When you’re dating a woman, it is normal to talk about what you’ll do on your next date but “casually recommending” more expensive restaurants, venues and destinations isn’t a good sign. Most Russian women prefer that the man leads and like to go with the flow in terms of plans.  These suggestions will also be accompanied by physical affection and in many cases, more such as wanting to go back to your hotel room if in person or, if you’re communicating online, will try to tempt you with sexy photos and perhaps a video chat.


Fifth is becoming distant when you don’t give her what she wants. Everything is a game for women using ho tactics on a man. If the man doesn’t fall for the game, they move on to the next. Although true, she won’t leave right away. After you don’t give in to what she wants, you’ll see changes in her attitude. She won’t be as nice, will become distant and hard to get in touch with. This is supposed to spark fear that you’ll lose her, so you’ll give in.


Now that you know the signs that a Russian beauty is using such tactics on you, be on the lookout in your search for a Russian woman and whatever you do, don’t give in. Why waste your time on someone only interested in manipulating their way into your finances? Before you know it, you will be left with nothing as well as an empty bank account. These women will not stick around long and can never provide the truly fulfilling relationship you want. At the end of the day, all they have to offer are their looks. Wouldn’t you prefer something with more depth? Perhaps a Russian woman with beauty, brains and a kind heart?

Posted by BrainExpertDating at 12:32 AM